A slew of recent workplace shootings over the past year has prompted more and more corporations to quietly install gunfire-detection systems at some of their offices and factories.

One of the country’s biggest sellers of gunshot detectors, called Shooter Detection Systems LLC, tells FOX Business that sales are up more than 400 percent over the past year, with Fortune 500 companies now representing its “biggest base of clients.”

Connors adds that more and more companies are talking to each other about investing in these protection systems and about how the added protection could have changed the outcome of several incidents.

Other recent incidents include shootings at YouTube’s California headquarters and at an Annapolis, Maryland, newspaper called Capital Gazette, where five people were shot dead.

While Connors says he is unable to disclose the names of corporate customers due to non-disclosure agreements, The Wall Street Journal Opens a New Window. reported several names of big companies that have already installed sensors.

According to the report, Toyota Motor Corp. installed them at its auto plant in Kentucky, while pharmaceutical giant Allergan PLC and beer maker Constellation Brands have put gunshot-detections systems at some of their offices and facilities.

Even Saks Fifth Avenue’s Manhattan flagship location reportedly has devices along its beauty and jewelry counters.

Spokespersons for the companies, however, did not immediately respond to FOX Business’ request for comment on the systems.

Connors adds that business is not only booming at corporations, but at other institutions across the country.

“We are also in a number of K-12 schools across the country, in sports stadiums, airports and even on DoD [Department of Defense] bases and in federal and state government agency buildings. We recently finished a 600-sensor installation at a university and have multiple installations at over 1,000 sensors at Fortune 500 locations,” he says.

Here’s what a gun-detector sensor looks like, according to Shooter Detection Systems. 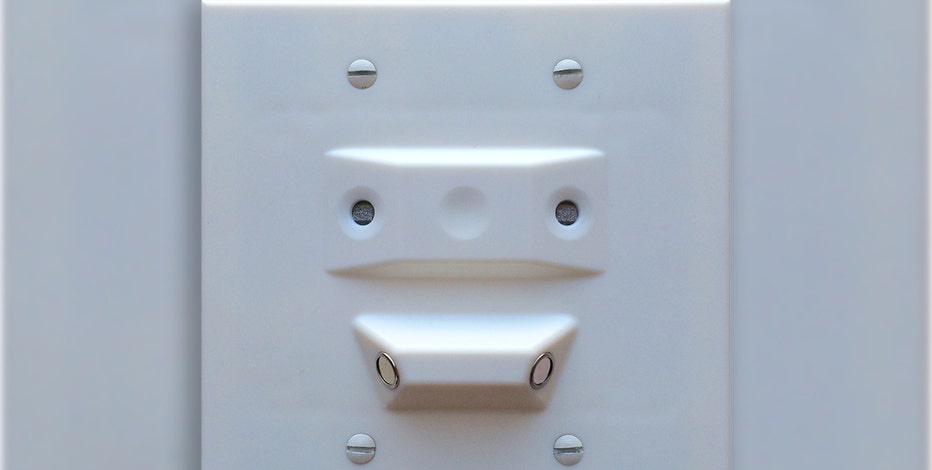